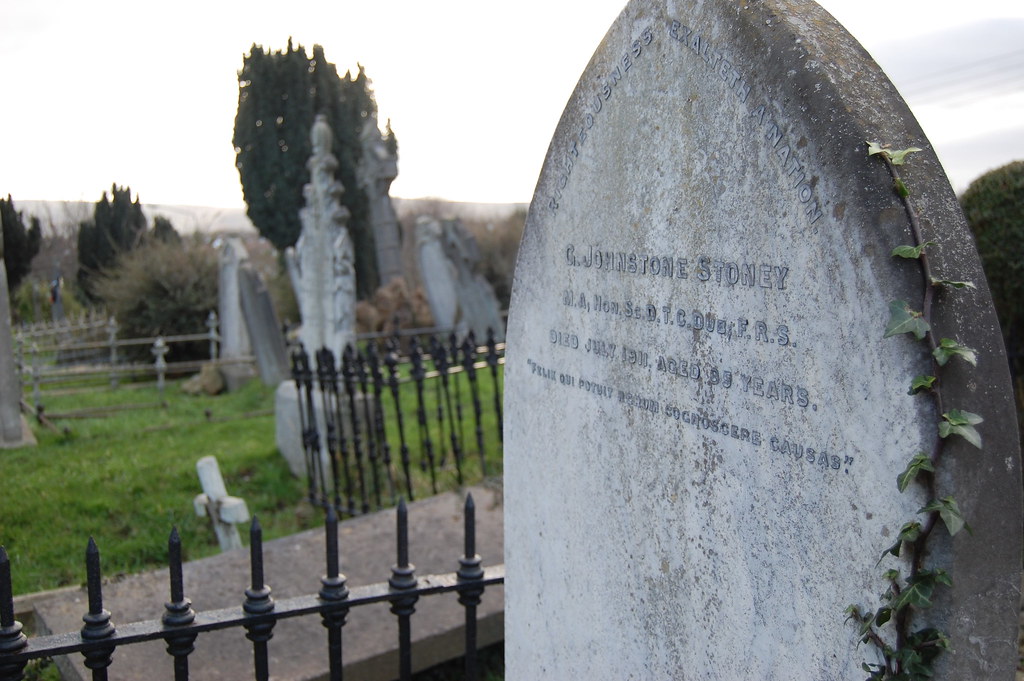 Spent some time yesterday in the cemetery. While facty was off looking for stuff, I took some photos.

This is the headstone of George Johnstone Stoney, best known for inventing the term ”electron” in 1894. According to Wikipedia, he was the first to estimate the number of molecules in a cubic millimeter of gas. He has craters on the moon and Mars named for him (as well as a street near the cemetery, Stoney Road) and was a distant relative of Alan Turing.