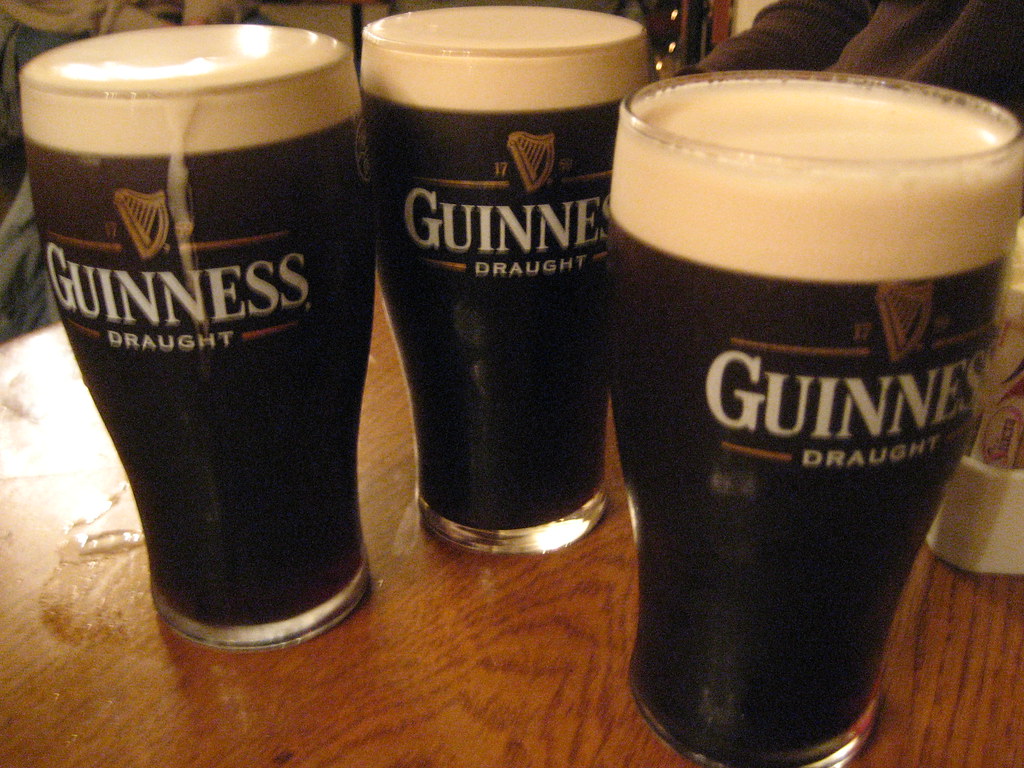 There are plenty of things about Ireland that are the same as the States. There’s plenty of the same terrible restaurants here: McDonald’s, Pizza Hut, Burger King, TGIFriday’s. I can watch a ton of bad U.S. television (this actually warrants its own post). People complain about the same things - politicians, weather, traffic, sports, cost of living.

Of course, much is also different. I bagged my own groceries today. I drove on the left side of the road. The barbers all seem to be young eastern european women. We use phrases such as “I’ll have chicken goujon”, which the boy likes to say, and “Yes, I’ll have another pint”, which I like to say.

So tonight we’re having dinner and there comes a knock on the door. I go to answer it and find a teen with a pen and paper in hand, clearly about to ask me to sign up for something. This happened all the times in the States, too. Usually a magazine subscription for the baseball team, or some chocolate to support the local school. In those cases, I normally try to save the kid his breath and tell him I’m not interested before he can get too far into his rehearsed speech.

Why didn’t I do that this time? I guess because it’s Ireland and I can’t be so sure this is the same. So I let the kid take his deep breath and launch into this pitch. And he tells me he is looking to raise money to fund a trip around the U.K. for his under-16 snooker team to compete against other teams. And there was a raffle and prizes and …

Yes, he said snooker. I made him repeat that part.

Snooker. As in, that crazy billiards game with a few numbered balls and the 72 red balls racked up in some wacky configuration played on a table bigger than your swimming pool.

Well, that is different. An under-16 snooker team? For some reason all I could picture were 10 kids that look like Butch from the Little Rascals loitering in front of the pool hall trying to scare up a game. Are there snooker coaches? Are there overbearing snooker dads who make the kids practice drills for hours and yell at these hypothetical snooker coaches when they don’t put their kid in a match at the right time? Do they all get snooker trophies at the end of the year with their names engraved on them? Do they have “Most Improved” or “Best Sportsmanship” awards? I wonder if they wear the theatre usher outfits the pros wear.

Luckily for the kid, I’d been watching some snooker in the last month. Some U.K. Championship something-or-other. They showed it every night for at least a week on one of the BBC Channels. And i’ll admit, I got hooked. It was riveting. A bit slow. More strategy than our billiards.

I looked down at the kid signup sheet in his hand. He had a list of names, addresses, and amounts. Every amount was 10 euros.

The kid broke in to a smile. “Yeah, can I get your name…”